Nike’s CEO Mark Parker hangs up his running shoes … How an average marathon geek became an innovative shoe designer, and the world’s most creative CEO 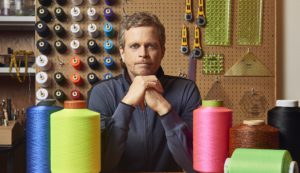 Mark Parker was the running geek who became an innovative shoe designer, and then became CEO of the world’s largest sportswear company.

He stepped into the top job at Nike in 2006, and into the rather big running shoes of founder Phil Knight. Knight said “He was one of the first guys we recruited out of college, so we’ve kind of had our eye on him for almost 40 years.”

He had previously been instrumental in Nike’s annual revenue growth since joining the company in 1979. Over the 14 years he has been in the role of CEO, profits have increased 57 percent and Nike’s market cap has grown by over 1000%. The success of Nike particularly stems from how well Parker has embraced innovation and design, but also digital and direct sales.

Parker has overseen the sportswear giant’s emergence into the fashion industry’s orbit. Parker has successfully appealed to the street style generation with what have become best-selling products, most notably Nike’s Free Runs, Air Max, Fly Knit and Vaporfly product lines. in 2010 Fast Company called him “the world’s most creative CEO.”

Parker’s ability to market Nike’s brand through its design sensibility, as well as its products’ functionality, stems from his personal experience as a member of the company’s design team.

Running has always been in the DNA of Nike. It was the passion of Phil Knight when he started the company, and was always in Parker too. He was a averagely successful college athlete, running a number of 2.30 marathons, but stood out as the one who always had great aspirations than his own athletic capabilities.

Parker’s passion drew him to Nike. Having graduated from Penn State University in 1977, with a degree in Political Science, he joined Nike in 1979 as a footwear designer based in its research and design facility in Exeter, New Hampshire.

However Mark Parker was never your average corporate executive. He did not conform to business norms. He has a love for art of all types, from Andy Warhol to Adonna Khare, the actual track spikes which Roger Bannister wore to break 4 minutes for the mile, and original props from sci-fi movies like Back to the Future and Star Wars, including C3-P0. Take a look at his rather quirky, and over crowded office, full of eclectic inspiration …

Here are some of the ways in which he has personally transformed Nike:

Product Champion, from Pegasus to Next%

Before and during his time as CEO, Parker spent a lot of time in Nike’s fabled Innovation Kitchen, which is a top-secret prototyping area that offers a plethora of tools, machines, materials, instruments, and utilities for designers to explore new ideas. While many CEOs might not see it as prerequisite to be so hands on with design, Parker did.

In what is considered a definitive profile on Mark Parker by Fast Company, Nike director of footwear innovation Michael Donaghu spoke about the Innovation Kitchen, remarking, “I think his heart is still here. He still likes to just pop in and start talking to people about stuff that’s on their desks, particularly their side projects. He can’t help himself.”

During his tenure at Nike, Parker worked on numerous running projects including the Odyssey, Pegasus, Air Trainer 1, Presto, Nike Free cushioning, the auto-lacing HyperAdapt sneaker, and the lifestyle-oriented HTM range (more on that below). Even Tinker Hatfield’s revolutionary Visible Air is patented in Parker’s name.

Design Champion, from shoes to strategy

Even before working for Nike, Parker was a designer and runner who customized and adapted his own shoes. “I might run in an Asics Tiger shoe and put a waffle bottom on it,” he told Fast Company. “Any business that wants to realize its potential has to have good design.”

It was this design-oriented mindset that set him apart from other CEOs that might come from a more traditional management background. At Nike, Parker equated management with editing, and he believed what set him apart was his openness to creativity and a sense of how critical it is to focus on innovation in a company. Always searching for deeper insights to inform innovations, Parker’s “design thinking” management style has been likened to Apple’s approach to products under designer Jony Ive.

Innovation Champion, from Japan to Eugene

He is one of three members of HTM, a three-person design collaboration, alongside designer Tinker Hatfield and creative consultant Hiroshi Fujiwara, that functions as Nike’s core R&D team. HTM is an unusual collaboration: it resides within a more than $30 billion dollar company yet it operates without deadlines or budget constraints and is guided solely by the interests of its three members. Since HTM’s formation in 2002, the trio has launched over 30 limited-edition shoes.  The HTM project doesn’t work on any real deadlines or constraints, but highlights on the HTM project’s CV include several collectible Lunar Flyknit models, a number of Kobe signature models, and even some Converse.

Parker said last year, “HTM was about more than Japanese sneaker culture. Although when it started, the Tokyo mystique was very high. HTM started with the idea of how the three of us—Hiroshi, Tinker, and I—could reconstruct a classic sneaker with a new twist to appeal to a different audience. It evolved into the partnership we have today, where each of us has the opportunity to explore new concepts to push the edges for the company.”

Artistic Champion, from inspiration to collaborations 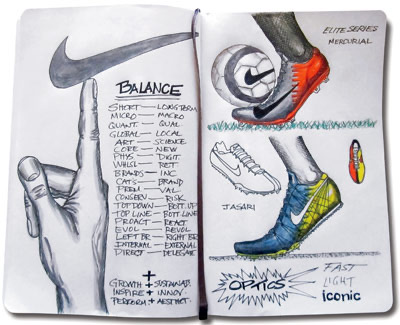 Parker started to tap artists such as KAWS, Futura 2000, Stash, Mr Cartoon, and Os Gêmeos, to create limited-edition sneakers around the mid-1990s. Many of these partnerships are still ongoing today, and the resulting sneakers are considered highly collectible. Parker’s office is famously packed from wall-to-wall with artwork he has commissioned or collected, from Andy Warhol pieces to sculptures by Dustin Yellin. It was reported that Parked once came to Missouri sculptor Kris Kuksi with a blank-check commission. “He just said, ‘Do something huge,” told Kuksi to Fast Company.

He said “Collaboration is critical to our work at Nike—within our own teams to build on our ideas, and with outside partners who can help take us to new places. Each relationship brings a different point of view or skill that we’re interested in. Once you go through the creative process together, you always learn something. And you might not even realize what that is until you start the next project. 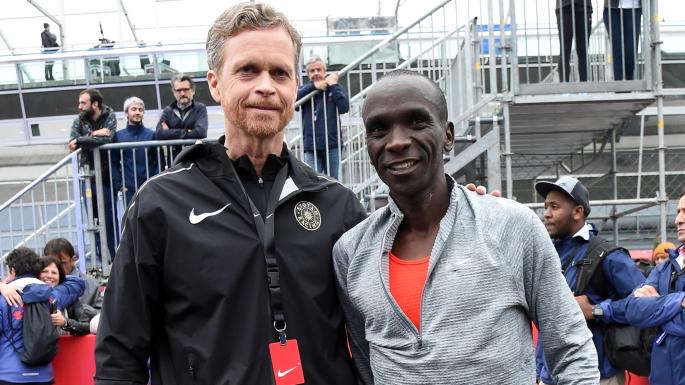 Nike’s stance has always been to lean on the brand’s roster of elite athletes inform the direction of Swoosh products, and Parker personally enforced this. Parker prioritized his relationship with the Jordans, the Bryants, and the Armstrongs, keeping their feedback at top-of-mind. Speaking to Highsnobiety in 2018, Parker noted “We start with the athlete. The specific brief of solving an athlete’s problem ultimately dictates how a product will look. Oftentimes, that leads to an entirely new aesthetic. That’s what separates us from many other designers. And really, fashion designers have always told us it’s that authenticity that draws them to Nike.”

Kobe Bryant once spoke about a meeting with Parker, in which Bryant was surprised when Parker took out his notebook to sketch during the middle of the conversation. In 1996 as VP of consumer product marketing, Parker helped sign Tiger Woods to a 20-year, $40 million deal. In 2001, Parker was instrumental in recruiting marathoner Paula Radcliffe, who up until recently was the fastest female marathoner of all time. Parker and Tinker Hatfield both liaised closely with John McEnroe when creating the Nike Air Trainer 1, which McEnroe wore faithfully for the majority of his career. When Eliud Kipchoge recently broke the 2 hour barrier for marathon, wearing the Nike Vaporflys, Parker was standing on the finish line in Vienna waiting to congratulate him.

One of Parker’s big moments came at an all staff meeting when he declared “Nike is a sports company, rather than a sportswear company”. His message was about a focus on consumers rather than products, having a passion for the sports they play, and enabling them to perform at their best – the ethos behind their original session, and Just Do It famous slogan.

The focus on athletes and optimal performance has also taken Parker close to edge of controversy a number of times. Lance Armstrong’s massive fall from grace, when finally exposed as a drug cheat, happened under Parker’s rule. As more recently, did the demise of Alberto Salazar and the Nike Oregon Project. But then searching for the edge, and staying resilient when things done work out, was always part of Parker’s skillset.

This week he steps down from the CEO role after 14 years of incredible creativity and growth, although staying on as chairman with an ongoing contribution to design and brand development. Over the period since Parker stepped into the office once occupied by maverick founder Phil Knight, to his last day, Nike’s performance has been phenomenal – sales have grown from $14bn to $45bn, 50% of recent growth through direct channels, and emost impressively market cap has grown from $16bn to $145bn. 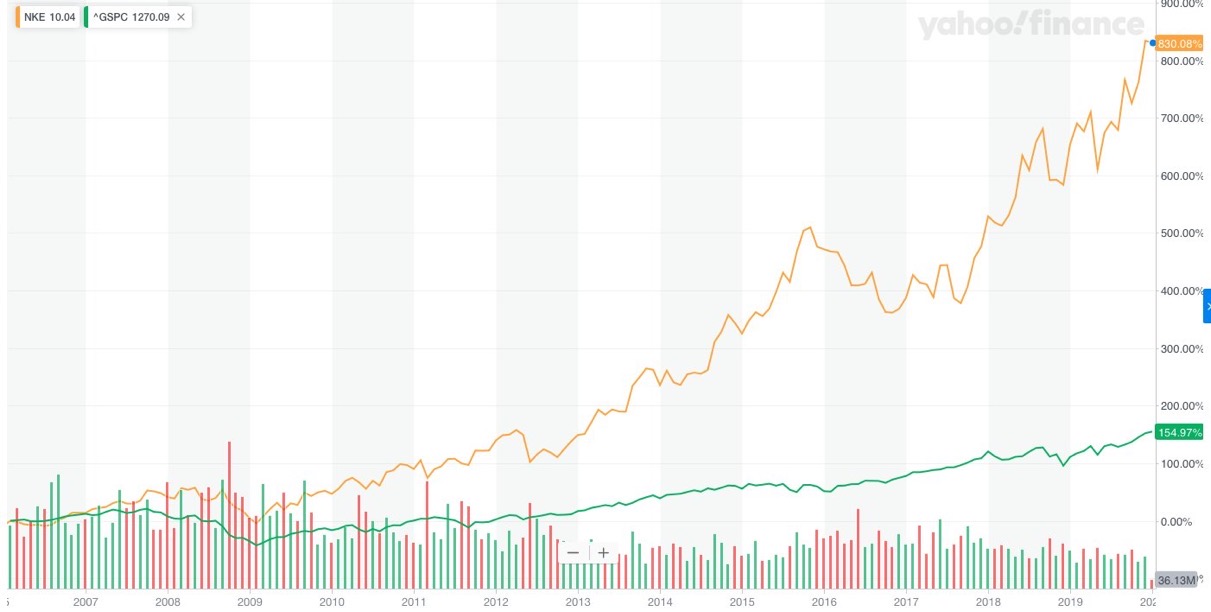 In his final earnings call to investors last week, Parker reflected on his time and the opportunities ahead. He took great satisfaction that he was leaving on a high. Indeed, the success of the current Nike Vaporfly Next% “supershoe” is a great example of Parker’s impact. Inserting a carbon plate into a new type of ZoomX midsole has created a sensational impact for runners, calculated to improve running performance , speed and efficiency, by at least 4%. Since its launch the stock has risen by 90%, and in recent events, such as the huge Hakone Eikiden in Japan, 85% of all competitors wore the new shoes.

The new CEO of Nike, John Donahoe, starts work tomorrow. He already knows Nike well as a board director, part of a long-planned succession, bring a depth of experience in global strategy and digital technologies. He has 20 years consulting experience at Bain & Co, rising to CEO in 1999, before proving that he can lead real businesses too, at eBay where is now chairman, and most recently at ServiceNow, the highly respected cloud technology innovator.